Gamification is among the latest tech industry buzzwords, but the core concept of using games and gaming strategy to engage users is not new at all.It is fast becoming  increasingly useful and valuable in social learning as it aids information retention and aids learning, it is the addition of various systems such as points, scoring, rules of play and competition added to various mundane tasks to make them more engaging and ultimately more exciting. This can be a great tool in various marketing/promotional strategies.

Looking at global trends in LMS platforms, it is predicted that roughly ¾ of all platforms will engage with their users in some sort of gamification strategy in the next few years so it will play a large role in general product-customer retention and could possibly be as if not more important than social media strategy in the near future.

“Gamification allows consumers to have fun, get useful information & encourages them to share it with their friends.”
–  Joe Rork, UX Engineer – Ford Motors

One of the oldest examples of gamification in a product strategy is airline frequent flyer programs which began in the early 1970’s where airline customers can accumulate points the more they fly based on a system that would later benefit them with points they could redeem on further air travel and travel services, later this was further gamified with status upgrades, airlines partnering with major credit card companies to offer co-branded credit cards and various other bonuses as well as physical gifts. Since January 2005, more than 14 trillion frequent flyer miles have been accumulated which equates to around U$D700 Billion. 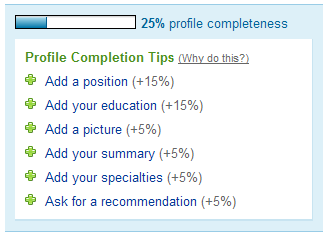 LinkedIn uses a successful gamification strategy in a number of areas including its profile views leader-board, ‘who has viewed my profile’ as well as number of likes on articles and article reach. These elements all encourage the user to purchase a membership type and continuously improve their profile to increaser their greater goal of expanding their network as well as receive extra points in the form of profile views to climb their way up the leader board. Another example of gamification in practice was August 2010 where the platform, DevHub, announced that they managed to increase number of completed task by users from 10% to 80% following the addition of gamification elements.

Crowd sourcing is another new area where gamification has been introduced where an actionable community of users are compelled to work together to solve various complex virtual and real world challenges by means of monetary donation for some kind of actionable benefit.

To sum it up, gamification is exciting because it promises to make the hard stuff in life fun!