Common sense is a funny thing. It’s something that we all seem to believe comes easily; even when the evidence of our own eyes tells us this is anything but true. In a world where hot drinks come with a warning; “Caution: This drink may be hot!” and where a clothes iron explains; “Do not iron clothes whilst wearing them.” one thing we can be certain of is that common sense is in short supply.

If you mean does UX adhere to a set of principles that are commonly understood and that imply a better outcome than not following those principles would; then yes, UX is common sense. But we don’t want you to dismiss the idea of UX as common sense either.

That “common sense” represents a ridiculously large body of work. It begins back in the Industrial Revolution the first time that products were ever mass produced. It became important to ask whether users were satisfied with your products because if they weren’t they could choose alternatives much more easily than before.

In conjunction with that there was also a look at the user experience of the machines in factories. How could we get the best from our machines in the most efficient manner? The science of ergonomics was born in the mid-19th century.

At roughly the same time, the discipline that examines human behaviour – psychology – was also coming into its own. The ability to develop better predictive instruments would be a major benefit to the UX professional more than a hundred years later.

Don Norman may have christened this work “user experience” work during the 1990s but it would be somewhat ridiculous to suggest that user experience only became important at this point in history. Major product failures such as the Ford Edsel had systematically demonstrated what happens when companies get user experience wrong. Other companies like Sony with their Walkman had shown how whole markets could be developed from a singular and successful user experience.

The formalization of UX as a discipline is recent. In fact, you could argue that it’s “common sense” until the cows came home but until the 2000s – there was no popular profession for a UX designer. There would have been no room in the office for a UX professional. 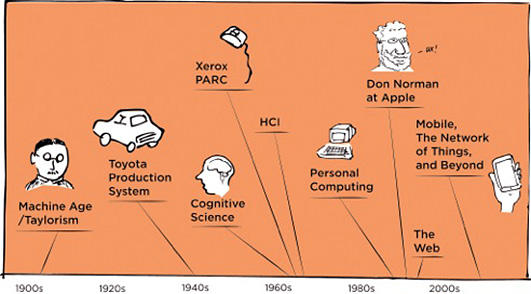 In fact, despite much of UX’s work belonging to “common sense” it’s taken a long time for such “common sense” to sink in at the board room level and for the importance of the user experience to be acknowledged with a formal place in the working hierarchy.

Yes, much of UX work is “common sense”. That’s because any principle that clearly demonstrates a benefit becomes “common sense” in hindsight. In reality, this is a real field of human endeavour which has only recently been formalized. That suggests, as it should, that there’s far more to UX work than “common sense” and that investing time and energy into a UX education should lead to much better user experiences and products in the future.